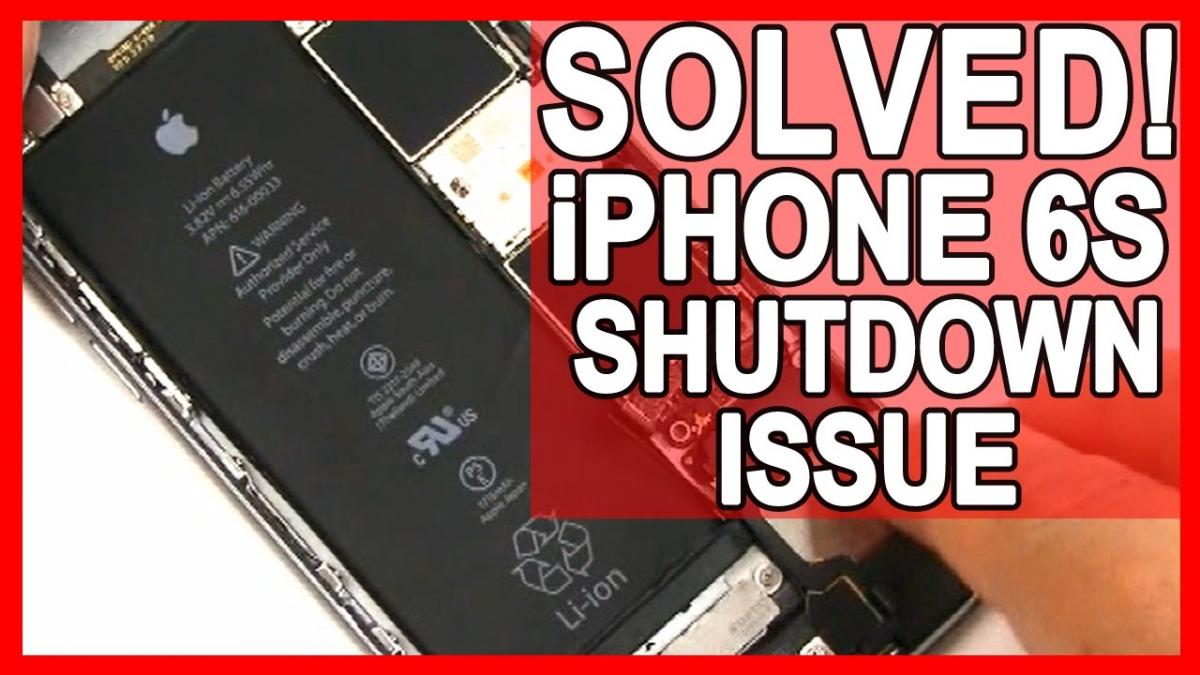 The fastest solution for the iPhone 6s unexpected shutdown issues which also sometimes randomly makes it turn off. We cover the issue around the iphone 6s shutdown gate and offer a few options to resolve it. This video will cover the iphone 6s random shutdown which is caused by the battery and Apple’s free but not so timely repair solution.

The random shut down you have experienced on the iphone 6s is caused by the original battery on the unit. This does not affect all the 6s units but from what we have heard and read it is effecting a lot of them. The random iphone 6s shutdown has a free apple solution via their "iPhone 6s Unexpected Shutdown Issue Program" but there is a catch. One of our techs had and issue with the iphone 6s battery and the device was covered by the 6s shutdown program.

They went online and followed all the steps only to find that it would be 3 weeks before and apple store could get them in. They also tried the other recommended repair centers and found out that none of them had the battery in stock and it would be 1-2 weeks for them to arrive. This is when we just replaced the iphone 6s battery with a replacement from directfix.com. The 6s battery is now fixed and works perfect without any issue regarding the unexpected shut down.